After some quick progress, it may look like we've taken a little pause but things are still progressing in the background. I'm looking at online related stuff and that's a bit more difficult that just making things moving around. So I've looked at Parse to try and get some online leaderboard action. It's a very good website that covers lots of implementations but things aren't quite working because I'm using Unity. I'll start browsing their forums for action. I got a personal email from someone who works there which was nice. Some good customer support there, at least.

I've also wanted to look at a metrics solution. I came across Lumos and that has been a piece of piss to implement to get high-level stuff (number of users and the like) but I want to add more interesting gameplay related stuff so we'll see how that goes.

Some minor additions, though. I've add a bit extra to the start where the camera floats down to meet the player. This was to try and answer address some feedback where players wanted to be more aware of their surroundings when they start the game. I've added some 1st pass streaks that zip past the player and get sucked into the abyss.

Behind the scenes, I have made all the appearing tide objects that chase the player children of the invisible death plane that ends the game if the player drops into it. There shouldn't be any difference for the player (hopefully) but it makes things tidier for me when trying to search for things in the hierarchy.

But biggest of all is that we're getting some hot art action going on now. If we can get it looking like the following piece of concept art then I will be a very happy man. We welcome opinions on such things so get in touch via @taketwotablets on Twitter on email our feedback email address and tell us what you think. 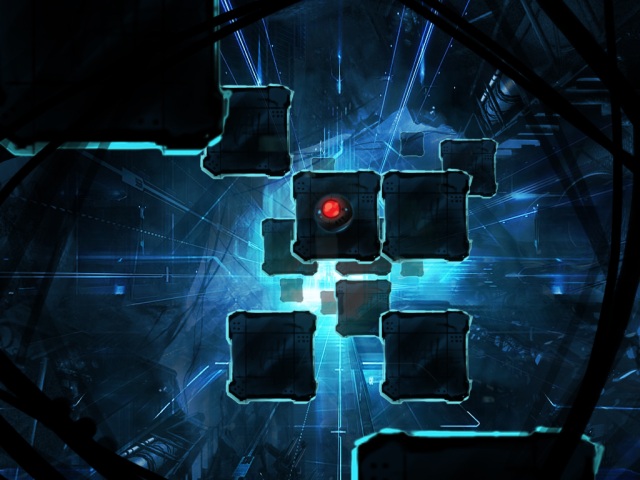